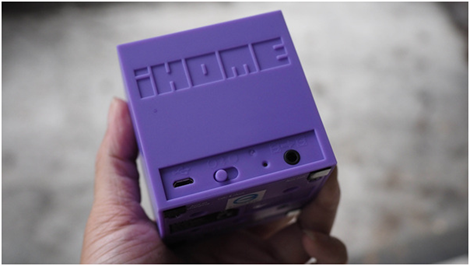 One of the keys to a smooth club is to control the down time, this is the time before club, in the transitions between the parts of club, and after club. People simply stay more in tune with what is going on when something is happening either visually or audibly. When kids are arriving it is great to have background music playing, it just makes it less awkward, especially for newer people. In between the parts of club, say from a game into a skit, it helps a ton to have some music play the instant the game is over… think of talk shows like Jimmy Fallon, the band always begins the song the second after he ends an interview with a person or as soon as his monologue is finished. I’m guessing at this point you are saying… yes, yes, I know all that…

The thing I’ve found really helpful in the last year is to control the music from my phone, using Spotify, via Bluetooth back to our sound system. So whether I am welcoming new kids, just finished playing guitar for a song, or am watching a skit from the crowd, I can make sure those transitions are tight. Obviously you can give this task to almost anyone, but they need to be on top of it. I’ve found that no one has an ear for the down time as much as I do, so I usually do it myself since it is so easy.

The product I use is the iHome Bluetooth Rechargeable Mini Speaker Cube – Blue (iBT16LC). I’ve found it as cheap as $20 at Bestbuy. The key is that it has an auxiliary output, just like a headphone jack on your phone/ipod, so that when you connect to it via Bluetooth you effectively can plug into your sound system. There are lots of similar items out there, and I’d love to hear about others that work well, but this one has been good enough for me.