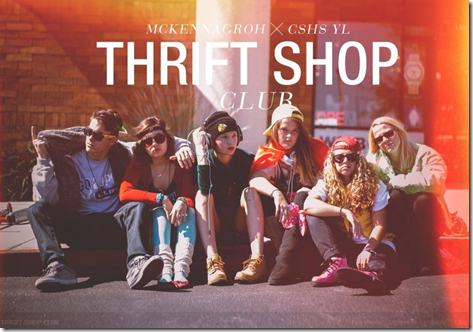 Apparently all the cool kids say there is a song out there called “Thrift Shop”. The research staff at YLHelp did some research and found out it probably wouldn’t make a good club song. But, we can still ride the wave of pop culture right into the a second hand store and make the most of it. Until YL changes their tag line, this is yet-another “you were made for this” moment… Savers, Goodwill, cheap tacky clothes, it is almost as if this song was predestined (don’t think too deeply about this or it will result in college aged guys arguing until 3AM) for YL club.

Here is our club plan. Our video isn’t up yet, but I found a great one from Easley YL. Enjoy!