Oh I remember the days of sending out postcards every few weeks to kids to tell them about club. It sure beat calling their home phone number, which was often busy (that is before call waiting!). Then came call-waiting, then you might have to talk to their parents. Then came cell phones, but only adults had those… Fast forward to today and now we use Facebook and text messaging almost exclusively to keep in contact with kids about events and small-talk.

There are plenty of text messaging tools out there. Here are some that people I know are using with success:

For a long time Apple did not allow any apps to interface with their text messaging app. This meant that texting groups of people on an iPhone was a tough task that lacked flexibility. Recently this functionality was changed and there are now plenty of apps that will allow you to make a group and choose that group again. Some apps even allow you to pick a group of people and then, just for that text, remove someone from the list, which is handy feature for my club. I have been using "Group Text” and it seems to do the job nicely. Here are some screenshots. After you pick your contacts it moves the contacts you picked to the native iPhone texting app, which makes it nice for replies. 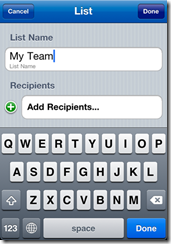 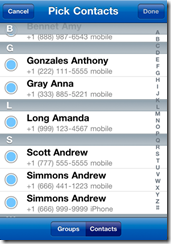 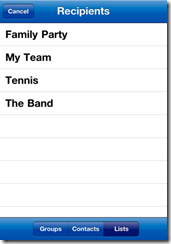 Here is a note from a leader friend of mine…

Not sure if you have found this site yet, pretty dang handy.

Our YL kids send "cshsyl" to 41411 and they get put on subscription list and now I can send mass texts to all of them whenever. It’s been up since Monday and we’ve got about 30 people signed up on it.

The free version is powerful but does put a short ad at the end of the text. So far these ads have been main normal companies (ex: Discount Tires). In the first “welcome” text this leader warns the kids that there will be ads that are not a part of the message or YL. This is a great tool, especially for a large event. Just put the info up on the screen and kids can add to the list if they want.

What has been working for you??