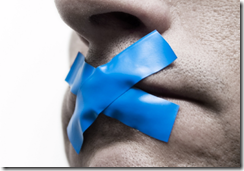 Over the summer I normally try to post a couple things that I learned over the previous school year. These are a little late, but I really wanted to pass them along anyway. Also if you have anything you learned from last year that you would like to tell me about, send it my way smcgever (at) pv dot younglife dot org

When it comes to preparing campaigner lessons, I’ve tried it all. Fortunately the plan is not the most important part of campaigners. If the meeting includes honest sharing, a conversation about scripture and prayer, you pretty much can’t go wrong. With that said I’m always trying to provide the best content that is relevant. What I’ve done for the last few years is simply go through books of the Bible (ex: Mark), or sections of scripture (ex: Sermon on the Mount), or similar verse-by-verse type things. Here and there I’ll mix in some different approaches, but this is what I’ve found to be my favorite.

One of the benefits of letting scripture dictate the topics is that you might just end up talking about something you wouldn’t ever think of talking about with your group. This happened this year when we studied the Sermon on the Mount. One of the weeks the section was about fasting. I need to be honest and say that I had low, very low, expectations about having this be a campaigner study. In fact I thought about skipping it or just combining it with the next section of scripture. But I decided to stick with it.

As it turned out, it was one of our best campaigners all year. I should say that this campaigners group last year was a guys-only group of juniors and seniors that I’ve known for several years, but many of which have not been Christians very long. We each picked some issues we were dealing with and picked something to fast from. One person picked TV for two days, another person picked drinking soda. Nothing too extreme, but I was impressed that they were taking it seriously.

When we met the following week, each person had a story to tell about their experience. In fact at the end of the year when we talked about our personal highlights from campaigners all year long, most of the guys said it was the fasting Bible study. One guy pulled a note out of his wallet that he wrote during his fast and said he kept it with him all year to remind himself of what God put on his heart. So I encourage you to take a risk sometimes in campaigners, you might be surprised!