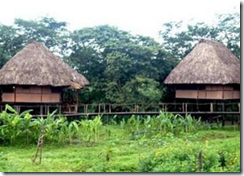 As a part of the Reaching a World of Kids initiative, YL president Denny Rydberg recently announced that YL has acquired a new property in Hawaii and is now shifting camp spots for this summer. Hawaii is a strategic location for reaching a world of kids due to its centrality in the middle of the largest ocean in the world, which is the only world we currently reach. “But we need to think bigger”, says YL International VP Marty Caldwell and thinks he has donors already in place.

It became obvious that YL needed another camp on the Pacific ocean since passports are simply too hard for YL staff to obtain for themselves, thus the future of Malibu club is up in the air. “I really like the abundance of water this camp will have”, said Josh Smiley of Lost Canyon. Preliminary plans are in place to pipe water from the Hawaii camp to Lost Canyon so they can finally get the mud pit and flowrider in place that the staff has demanded for years.

Currently the camp does not have many “rides” but temporary plans are in place to zip line from one island to another, to add a new summer staff position called “shark wrangler”, and to do that thing where kids would run down the steep mountain and flip over and over which was available at YL camps in the past. For more information please check out this link and this one also.