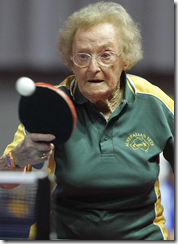 This year I had some club kids who love ping pong (OK table tennis technically, don’t send me angry emails). Since I’ve been in YL for a while, I’ve picked up some ping pong skills over time so I was always challenging them. But we didn’t have it at club, so we didn’t get to play. I realized that there used to be a club at the school where kids would play ping pong at lunch. I contacted the teacher who used to run it, he was a friend of mine, he said he was too busy to do it anymore. So I took it over and played ping pong with kids at lunch every Monday. We even made shirts that said, “PHS Varsity Ping sponsored by YL”. It attracted a lot of different kids who we didn’t know before.