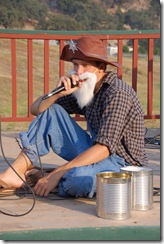 I’ve also had the privilege of leading square dancing at camp a lot. Here are the ones I’ve done with the chords.

My mom is still trying to figure out how and why I know how to call a square dance for hundreds of people.

One thought on “Hillbilly Club”