Every four years all of the full time staff look forward to the All Staff Conference (ASC). It has been a highlight of the mission for quite some time and the 75 year celebration in 2016 will be no exception.

Plans are still finalizing, but it may be that 2018 sees the inaugural “All Volunteer Conference” (AVC) which, by contrast, will eclipse the ASC in both size and splendor. The staff are great, but who really deserves a celebration, the paid people? 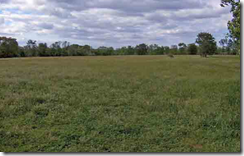 One of the challenges has been securing a location for this event. But it looks like a location has been found. There couldn’t be a more natural location for AVC 2018 than Dallas, Texas. First, this is the original home of our mission, where it all started. Second, on the outskirts of town we have access to the large farm fields necessary for the endless tents that will be needed to house/tent everyone. Good thing leaders are used to sleeping on the floors at camp! Our team has already begun mapping out the trees that need to be planted at specified distances apart in order to accommodate the plethora of Eno usage expected. Slackline and Spikeball areas will also be provided. Third, our friends in Texas strongly preferred that we “come to them”. This may be seen as an ironic twist on contact work, but hey this is where it all started so they call the shots! Last, this will help us accomplish our fledgling AVC event, “pilgrimage to the tent”, where we will walk slowly to the location of the first club.

While the speaker line-up will depend on current trends in Christian book industry the year before the conference, there have already been hundreds, nearly thousands of applications from freshman young men in college all across the country who have submitted their application to do program. Strangely no one who has done program at camp before has applied.

The worship team has actively been tracking their Ableton background tracks for quite some time, in fact no musicians or singers may even be needed. What has been determined is the “worship through the ages” themed nights including:

Many will look at this as the ultimate WC/SS reunion, but it will be so much more. In fact, there is already discussion to make this a recurring event every four years, similar to the Summer and Winter Olympics which trade off every two years. The International Team has already submitted a bid for the 2022 AVC. Others have suggested a more somber self-guided tour of rural New Mexico and Southern Arizona to map Rayburn’s difficult initial steps into ministry.

Pre-registration is suggested through your AD. Priority placing can be made by making a $10 deposit to their PayPal account. But before you do that please see this link and this one too. Remember, the Clubble is banned.